Well I managed it at last.  I finally got my 1/100th scale Hawker Hunter in production and available.
So I'm just a bit chuffed.
As a mainstay of the RAF during the late 1950- early 60s the Hunter  became an iconic machine. Under RAF auspices Hunters served in Aden in a ground attack role. 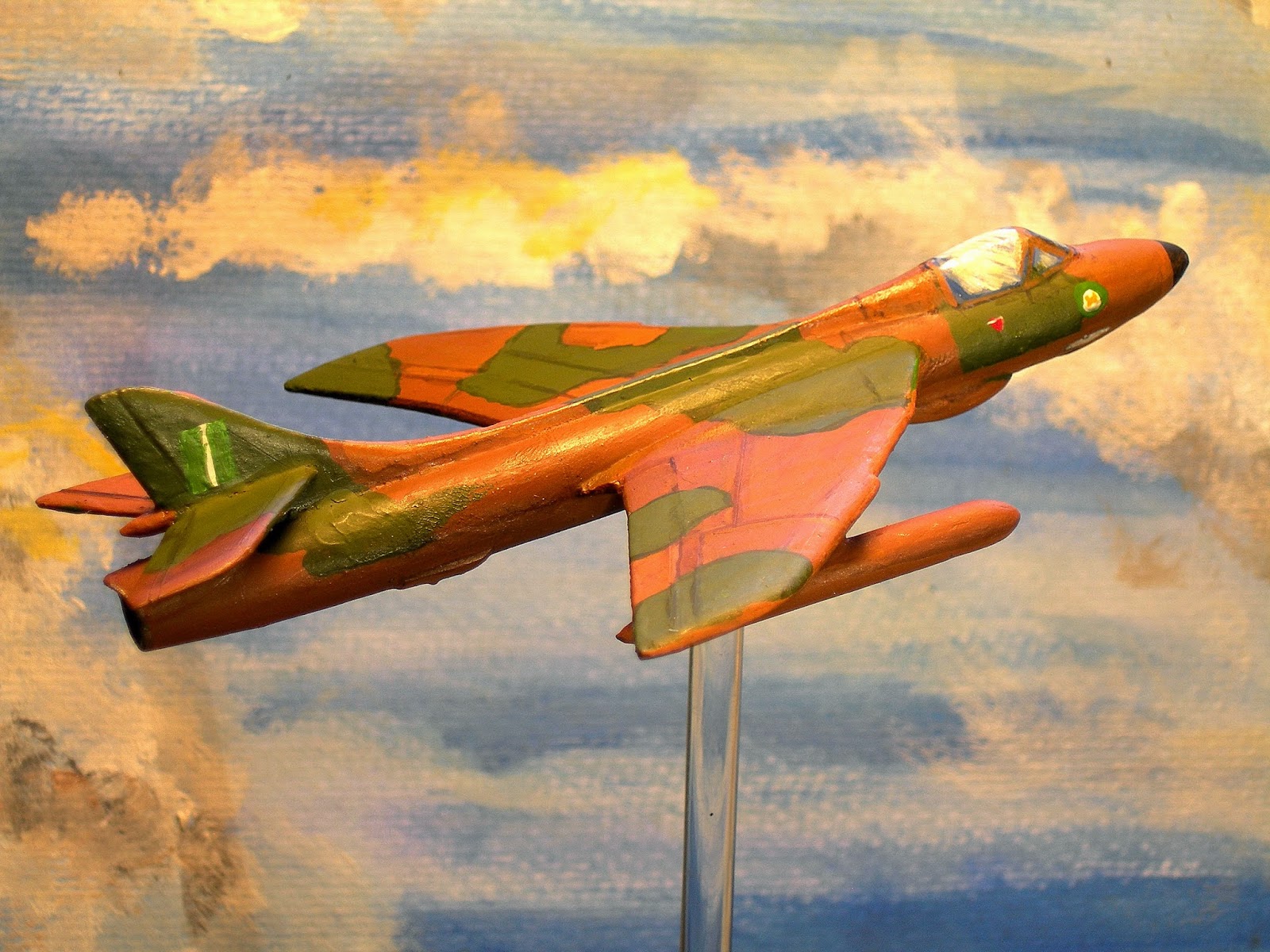 However it was as an export model that the Hunter served in numerous  airforeces worlwide and saw considerable combat scoring Victories against such diverse aircraft as F-86 Sabre  MirageIII and A4 Skyhawk. Fighting in the Jordanian, Iraqi  Rhodesian and Indian Air forces amongst many others.