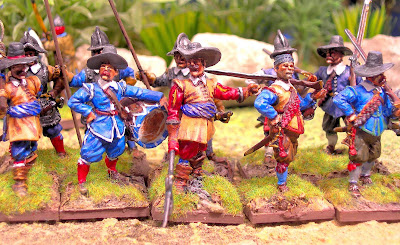 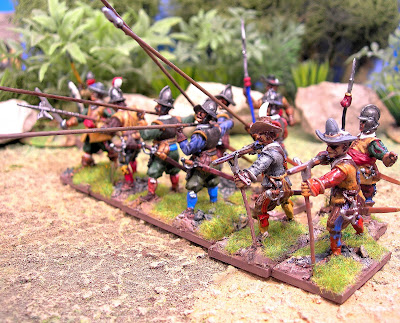 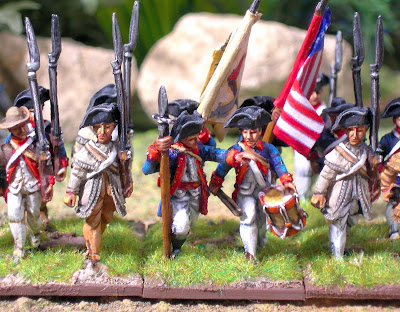 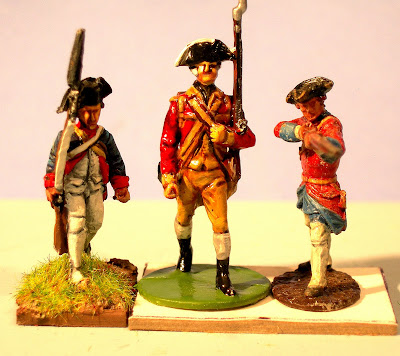 Well here we are on a lazy Sunday afternoon still making strenuous efforts to avoid the soccer. As I sit here contemplating I wonder about those single minded blokes in our hobby who can devote hours even years to a single project. In some ways I admire 'em after all they must have a very high boredom threshold- unlike me the problem of course is that there is so much History about the place. Even if I restrict myself to the last 1000 years or so and ignore all those Classical chaps you know So- crates and all those blokes in togas shouting about Infamy Infamy- they've all got it in fer me!! Which I mostly but not entirely do. That still leaves a lot of history.
Then add in the fact that I'm in the toy soldier business with all that THAT entails with getting new stuff sculpted and cast etc etc.
The upshot of this is simple- you get precious little time to develope personal projects to a conclusion - no army is ever finished.
Currently as always I'm working on several projects at once. My 40mm Wars of the Roses are having a breather and the 40mm 30 years War have been dug out for a sorting out to see what I actually have. The tally was a bit less impressive in numbers than I'd thought as I'd made a good few individuals figures for use in the display case before getting started on proper units. So I have a smattering of Imperialists and Bavarians a Danish Infantry Company and a couple of Companies from the French regiment Champagne a couple of guns and about half a dozen cavalry that is my lot! So a long way to go before these are on the table.
Not so with my 25/30mm AWI. I've fiddled about with the AWI for years- starting with a bundle of Stadden 30mm which I acquired a bit cheap. I've added to them over the years and even painted some of them as well as adding units using Old Glory and Sash and Saber so now I have 2 small forces- enough for an evening game . The Old Glory US brought out their "Second Edition" range of ACW Napoleonic and AWI Infantry. All are very tasty indeed but the AWI are especially nice. and anyway I needed a display case unit . So I asked Tony Runkee to paint me one. Now Tony is for my money one of the best painters about. Not the fastest nor the most expensive by far you get a cracking job for a reasonable price and a style that really suits these figures. I've taken 3 pics one of the whole unit , one a comparative sizing shot showing a2nd Ed fig a Stadden30mm- the tallest- and an old Pax Britannica 30mm - so the same SIZE as RSM95. These are fine subtle figures and I'll be adding more units to the AWI forces . The other 2 pics are of my Bavarian Infantry Company- standing about as usual and the so far pathetic Imperialists pikes at the Charge and muskets ready to fire-I just need 4 times more of 'em .
Now if I can just concentrate on one project for more than an afternoon I'll be laughing.
Andy
Posted by Big Andy at 08:01 2 comments: