Floating about in the South China sea

The T.W.A.T.S.  most recent game was a modern Naval affair run by Andrew the tekkie 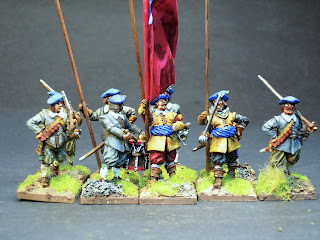 OKay so here were are on January 1st 2019- well it was when I started writing this . A New Year. Will it make any difference?  Well prices will go up and the country to the dogs but that is simply normal . It has been - apparently happening since the Dutch sailed up the Medway !

So in the merry  hope of fiddling while Rome burns I am for the while going to ignore all of that shit and concentrate on important stuff such as what I am going to do with my figure collections and in toy soldier world in the coming year.

Well in a nutshell it is going to be a case of expansion and contraction at the same time.
Physically impossible I hear you cry ! Well no not really as I am going to expand some armies and  dispose of others that are no longer used or of interest.
Expansion
Indian Mutiny and indeed India generally- I am even starting to think about an early Sikh force for the very late 18th century, Rohillas too- should be fun sourcing those bits I can't get from various Old Glory ranges. Even Moghuls are a possibility.


Shinyloo and its offshoots will continue. Indeed a few more have been finished with more on the painting table.


ECW in its various forms is of course a constant and yes I want to do more games and continue to expand my armies both the Retro and Modern styles. I have about 50 or so ECW Scots foot to base  I I will also expand the 40mm though this tends to veer more toward the TYW  well sort of. Nevertheless a good few are later ECW for the 1648 campaign or even 1650-51. I do like 40mm for  small scale actions, the petit guerre as it were. Still need to settle on a set of rules. I have Featherstone which with a bit of fiddling might well fit the bill. Even if it is crap it will be better than the dross that is Pikemans Lament.

However the 40mm ECW is more of a modeling project than strictly a wargaming one. I make them because I like them. The same goes for the 40mm Wars of the Roses. there will be more of these as I want to do at least one and possibly more games in the coming year- Battle of Hexham perhaps or even Nibley Green.

In the smaller scales I still have a bundle of 15mm Ancient Germans to base up and the new Blue Moon Crusades range is really calling to me .
I also fancy expending the 15mm Moderns but to be honest that is not a priority at the moment but maybe later in the year I will get a moderns kick on. You never can tell.

As for stuff that has done its time and needs to move on. Well 40mm Dark Ages and 40mm ACW  are top of the list and I am seriously thinking of thinning out my 28mm SYW collection. I also have a bundle of 28mm Moderns that have not seen a firefight for several years. Not since I went to 15mm for that period. None of this is pressing as I need to actually count the Dark Ages- roughly 50 Vikings/ Saxons and maybe 40 Normans  including 15 mounted knights ish !


However we shall see.  After all it is only Mid- January
Posted by Big Andy at 07:33 4 comments: