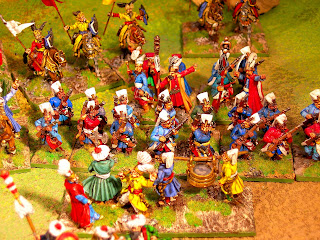 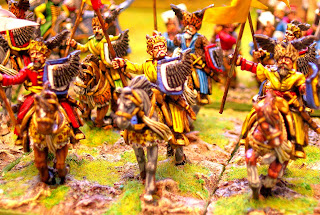 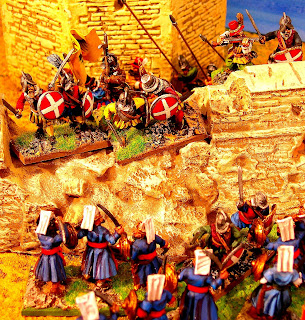 So here we see 3 pics of my Turks including the assualt of Fort St Elmo during the Siege of Malta- The Knighs are from the Old Glory Wars of Religion range- more bits from the collection - .I do like the look and style of the Ottomans but like many other projects they'll have to get in the queue. Nothing elso now before Derby - a fine show and the Flower pot is a cracking pub! Andy
Posted by Big Andy at 01:50 3 comments: