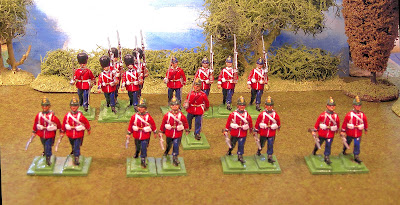 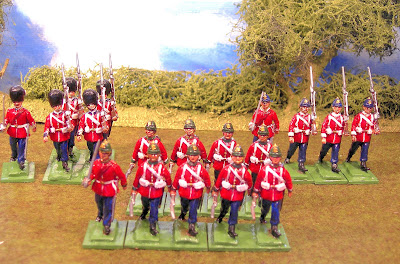 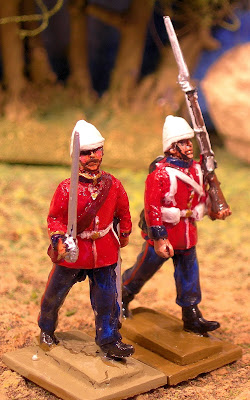 Just a quickie as the Bishop said to the actress! Here are a couple of pics of my slowly (very slowly ) growing collection of 40mm"Glorious Victorians"
Now normally I use matt varnish but these lads just have to be shiny. The 3 pics are 2 in Home service Dress and 1 in foreign Service white helmet. Painted in a more toy style than is my normal wont. I do like the look. The various chaps who persueded me across to the shiny side have a point.
Posted by Big Andy at 04:23 5 comments: 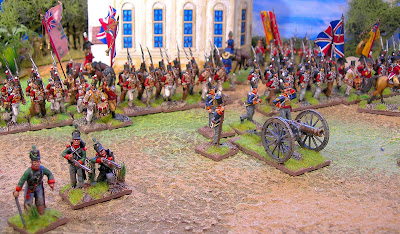 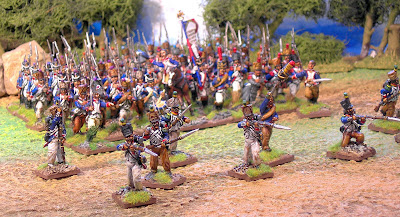 You know how it is in this game finishing stuff can take a lot longer than you'd think well I finally finished my ox drawn Spanoshj Napoleonic limber. The model was finished last October but the driver wasn't. We finally he is so that can now be put away with the rest of the Spamish- all I have to do now is complete the 2 infantry battalions (I have half a battalion done,,,) a small cavalry unit and the Guerillas well at least its a start.
I have almost enough 40mm Penisular stuff for a game . Plenty if I could get around to finishing the 100 or so Infantry I have blocked in and just needing the details and finishing .
The limber of course is all C.S. Foresters fault- with perhaps a little help from Sophia Loren's chest !!
The Oxen are from the Sash and Saber waggon and the assorted crew all Sash and Saber conversions .
The British and French are all standard Sash and Saber figures except the British General who is an Austrian officer with a British head.
Posted by Big Andy at 04:08 3 comments: