My next shipment from the USA of  Blue Moon, Old Glory, Sash and Saber and Raven Banner will - so says UPS- be delivered this coming Wednesday. It is a big shipment of 15 boxes/crates containing roughly a quarter of a tonne of miniatures. Chaps waiting for back order will as usual be dealt with on a "longest wait first sorted" basis once I have broken down and sorted out the several thousand packs of figures. This job may take a while but stuff will start leaving here on Thursday and Friday I should think with the bulk going off early next week.
As soon as this lot is sorted I will be putting in another order to the USA for the gear I've run out of in the intervening time while this order was being cast and packed though I cannot guarantee that I'll get that in hand before Christmas.
As always if your are unsure drop me an email or give me a bell- details on the website - alsp check out the oldglory newsdesk blog on the OGUK  website.
Posted by Big Andy at 04:41 4 comments: 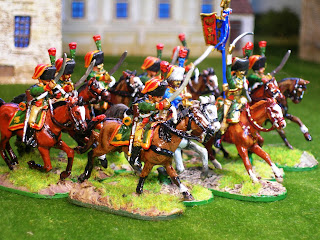 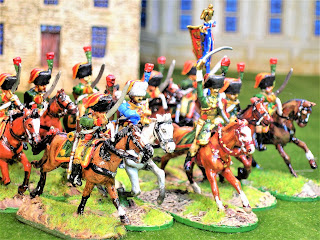 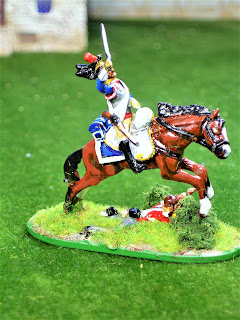 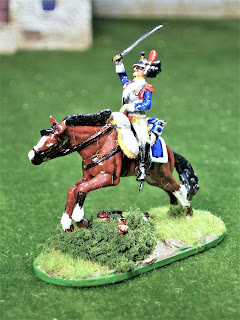 One of the things in "modern" wargaming that really sets my teeth on edge is the use of set and immutable unit sizes. For me an otherwise decent set of rules such as Honours of War or Maurice is totally ruined by the use of the same unit sizes for all nationalities.
Now the two sets I have mentioned are by no means the only ones or even the worst offender(That prize goes as with most things to DBR)  indeed any set of rules which enforces a set organisation upon the player will get my back up. Now as it happens I like both Maurice and Honours of war and- certainly with the latter if I can work out how to solve the problem of the set unit sizes the rules will rise further in my estimation.
If you take even a cursory look at any campaign you quickly see that unit strengths in any give army vary widely and that between armies and nationalities the variation is even wider. So why do so many  of today's "game designers" cop out and impose a set organisation upon the players?. Equally why do so many players accept it. Well that one is easy because its FunFunFun and  please don't ask us to know anything about what we are doing because knowing stuff isn't funfunfun . Of course it may be even more funfunfun if the organisations are completely fictitious and bear no resemblance to reality.(DBR again and of course Pikemans Lament ) Never forgetting for one moment that the funsters only allow their kind of funfunfun  to be any fun at all- and who appointed them the Fun Police anyway?

So if knowing your military history- even a little bit- isn't fun then why bother to be a WAR gamer at all. There are plenty of games that do not require any kind of knowledge, that are equally as absorbing (so I'm told).
Without the history and knowledge I couldn't be bothered with the actual gaming. It would have no real point of itself and I'm sure I could find another reason to meet my mates down the pub.

However back to the plot.
Set unit sizes - or rather rules which force set unis sizes are only a gaming convenience. A lazy way of organising rules for the convenience of the game designer and in theory the convenience of the gamer who then- obeying the diktats of the game won't need to sully his mind with anything as difficult as actually knowing about the period he is playing.
Now there are plenty of rule sets which don't force unit sizes upon you.My favourite commercial ECW set -Forlorn Hope- doesn't. WRG didn't. The Classics didn't really- though Grant came close but you could get round his unit sizes easily as the rules were figure driven WHAB didn't or its offshoots. Young didn't- though his suggested units sort of did the rules were not dependent upon the unit sizes  to actually function and that is the nub of my distaste for set unit sizes.  If the set unit size is and worse- the points system are part of how the combat and morale mechanisms function then - at least to me- it is pretty obvious that the game designer has not read up on his period- or if he has he then decides to chuck all of that out in favour of his favourite(this week) "game mechanism" . Now this may not matter if you are making a fantasy game of a sci-fi game or a game of zombie  vampire cowboy nazis or whatever adolescent bandwaggon you are jumping on this afternoon but it should matter if you are  writing any set of rules which purports to depict an historical period.

As I write it occurs- not for the first time- that there may be a widening distinction between the "game designer" and the rules writer. Their objectives may be very different. A rules writer may actually want to reflect the historical period in his rules for wargaming the military actions of that period.  A game designer may simply want to make  what he considers to be a "good game"- whatever that might be. Now if the 2 differing sets of criteria overlap all well and good  you may - just may get a good game that reflects its chosen period or part of it. Many "games" these days are significantly more limited in scope than say Forlorn Hope or Tactica  or WRG  or even Black Powder . But of course to actually mention this to the Fun Police brings down coals of fire upon any who do not want lightweight adolescent amusement ALL the time (instead of just some of the time) and whose idea of fun  may be different from another zombie dice rolling contest.

The set unit size is of course only a symptom of limited game disease and convenience wargaming and in themselves there is nothing actually wrong with either but if that is all that is left when the Fun Police have finished..... Fortunately at the moment there are still enough blokes out there who have their own idea of fun.