not forgettin' the Man Himself.... 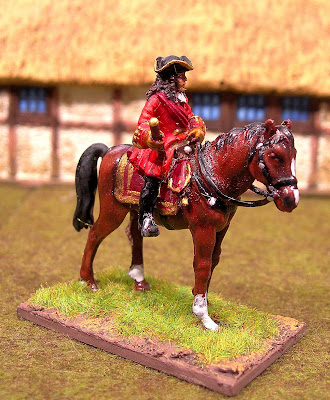 and finally the les Higgin Marlborough that started off this train of thought.
Posted by Big Andy at 07:35 4 comments:

Email ThisBlogThis!Share to TwitterShare to FacebookShare to Pinterest
Labels: Retro-Wargaming 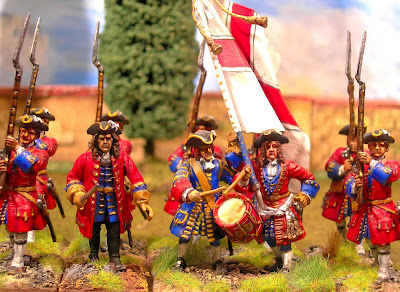 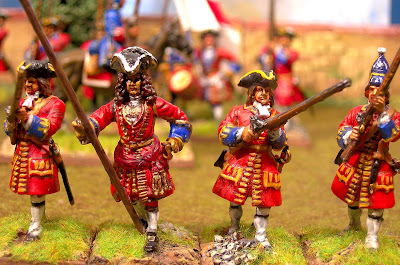 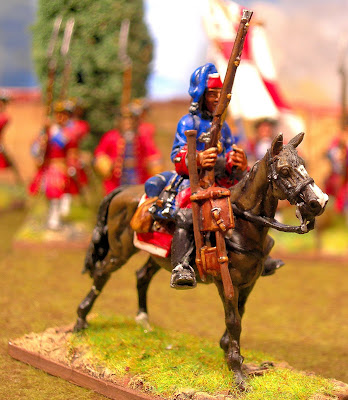 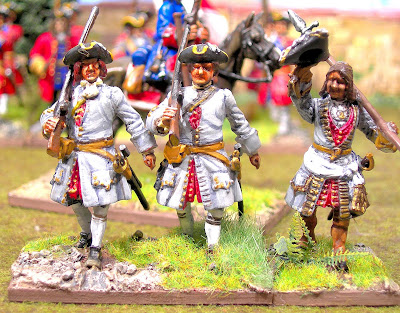 And not a ciggie in sight.

One of the periods I've continually looked at but never actually had a proper set of armies for any length of time in is the War of Spanish Succession. I did once have a 15mm collection but sold it on when I suffered from a small bout of T.F.E. I had some nice minifigs 25mm too but never painted 'em sold those too . I've looked at the various available ranges and never really had my skirt blown up by any of them. I like the OG 25mm Infantry but am less keen on the cavalry- mainly because there are several types missing but its still a good basic range. I'm very keen on the new Bliemoon 15mm - well 18mm really but someone else will have to paint them for me also here I can't decide between the WSS or the GNW- the voting is currently going North but you never know.
I know chaps rave about the Front Rank offerings and I can see why but no the coats don't hang right and the muskets are too short they are just too stiff for my taste. As for the new plastic 28mm well less said. I'd lose the will to live building 'em they will fall to bits in the hurly burly of the table- even if careful and the photos I've seen don't convince me anyway so I'll simply pass a veil over that and move on.
So what's a chap to do ? I even have the most perfect little Marlborough to lead the allies. A lovely little Les Higgins 30mm Jason figure one of only about 20 of the range I possesand the only mounted example one of the best 30mm figures I've ever seen put a good bit of the modern stuff to shame and almost 40 years since they were last made. I'll never have an army's worth but perhaps enough to make the couple of OG regiemnt I have raise their game.
Of course there is always Drabant but that is likely to be a bit on the dear side nevertheless its tempting to do at least a small force or two just for the look of the thing. I have about 20 painted and want to do more but its a slowjob along with all the other gazillion projects but here are a few pictures of myfinished figures.
Regt Dorrington.
English Footguards
A French Dragoon
Regt Navarre
All to be added to inthe fullness of time.
Maybe one day I'll even run a Marlburian game you never know....
Posted by Big Andy at 07:04 3 comments: 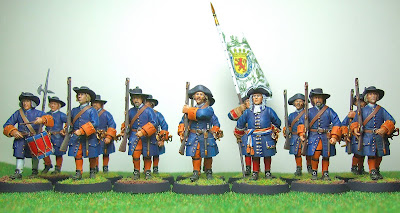 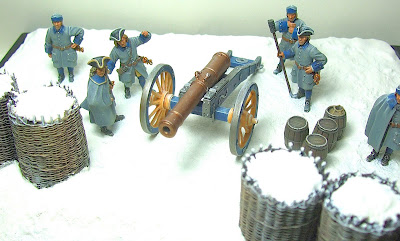 Now it may not have escaped your notice Gentle Reader that I'm a devotee of 40mm size models- in scale terms this works out at about 1/43rd or Railway O guage or 7mm = 1 foot.
I have a fair collection of these figures and a couple of ranges of my own aside from Sash and Saber.
Also I have Drabant Miniatures of Moscow . These are what is known as a bit tasty and I've been importing them into the UK for the last 4 or 5 years or thereabouts.
They are not cheap- about the Same price as Foundry's re-released 40mm ACW BUT IMHO far superior and Remember Moscow is a long way off so they have a way to travel - not just down the road in Nottingham.
For myself I'm slowly building a Marlburian Collection and will get around to some TYW in the fullness of time. I have a few ACW in my largely Sash and Saber Collection and our own line of Ancient Greeks was largely sculpted by the Drabant team.
So when Drabant owner Nick Bokarev sent me these pictures I thought I'd share them .
The first shows Dutch Guards of the very late 17th- early 18th century and the second a Swedish Heavy gun and crew of the Great Northern War period.
Posted by Big Andy at 07:14 6 comments: