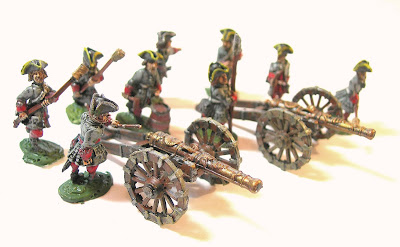 Getting into a period. Part 1 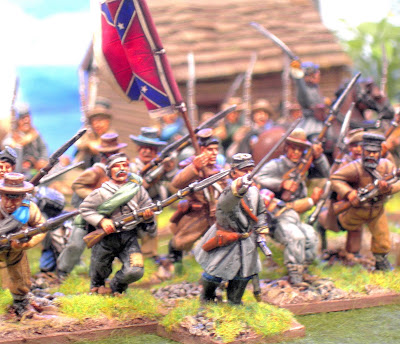 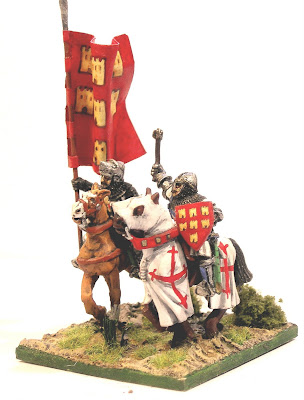 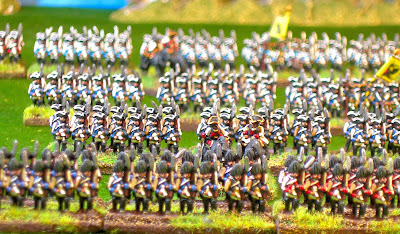 Of late - when I read various blogs and magazine articles I wonder how todays wargamers get into a period- especially as the history is now at the back of the queue in these "enlightened" or perhaps benighted times. It a given that ex "president" Tone and his rich mates didn't like history -except insofar as it was cool Britannia and Dave and HIS rich mates are no better(except insofar as they can get punters into the stately pile perhaps). Yet history is still popular- witness the number of "heritage" shows on the box. Nevertheless in olden tymes when ye worlde was a different place players of ye warre gaymes usually got into a particular period because of the history- at least all the ones I knew did. This didn't stop us doing fictional campaigns but we read our history books- how else were you to find out how they did stuff?.
For myself its almost always been the history that has provided the trigger for a new period. In one sense - for me at least there are no "new periods" been there, done that but, having said that there are many nuances and of course it depends on what you mean by "period". To take the "Pre-gunpowder period" for instance in my time I've had Roman Republican and Cathaginian armies. Late Byzantines and Fuedal French(both competiton armies these way way back) several Viking and Norman armies over the years as well as Crusaders, English Feudals and Ayyubid - these are the ones I can remember some at least I've done more than once. I've been through more armies than Genghis Khan
Currently the collection is much more modest and in pre gunpowder terms almost non-existant. Tastes change. I no longer compete so "killer armies" no longer exist, if they ever did.
My main periods now are the 17th century and the 18th century but with a respectable look at the Peninsular War and the ACW - both in 40mm. The ACw is one of the few periods where a figure line got me interested as I saw the origonal Dave Allsop greens for the Old Glory 25mmACW range back in 1990- some of these still survive in the OG WBS range but in their day they were simply streets ahead of all the others but the ACW was really Bruce Catton's fault. His Army of the Potomac trilogy is still my favourite ACW reading. I'm one of those chaps who has to "read himself in" to a period before I do it. The depth I read may change but yes I read myself in whatever period it is.
I suppose I've really mostly been a gunpowder man. Though there was a time when I considered that nothing of much interest has happened after 1485. Knights and longbows wwre the thing - with a few "smokie gunners" for colour. Most of my Medieval armies are gone now barring a few units but I still have the texts ... just in case and a 40mm Wars of the Roses collection which I add to a bit at a time.
Modern- that is post WW2 has always been a minor interest - currently buzzing around in my head- bushfire wars post colonial wars call 'em what you will they have a contining interest. I'm re-vamping my collection here- it use to be 20mm - Cubans Angolans etc but now will be 15mm and consist of a collection of "Battle Groups" - Mostly British but with some Danish who will fight various enemies- Pseudo Iraquis and Afghans. I bought 3 LeopardII for the Danes from QRF . They are not bad but I was just a tad dismayed by the casting quality compared to my Challengersand Warriors- which are of course OG . Mind you they'll paint up OK- better than OK but it will take effort.