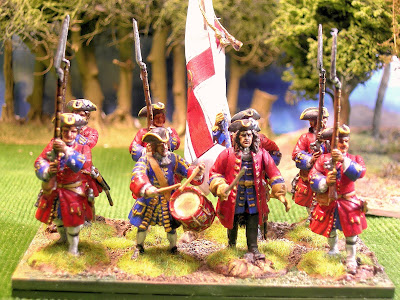 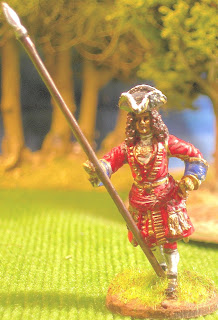 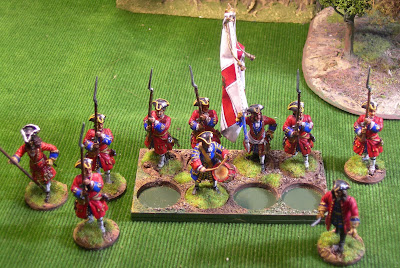 So enthised am I with this that I'm thinking of using the same system for others of my 40mm models- at least in areas where the numbers won't leave me re-basing for a month or two so currently my 40mm Naps and ACW will stay as they are and IMHO this system does not suit my Dark Ages somehow so initially at least it will be 17th and 18th century 40mm that may get re-based.
Posted by Big Andy at 08:01 6 comments: 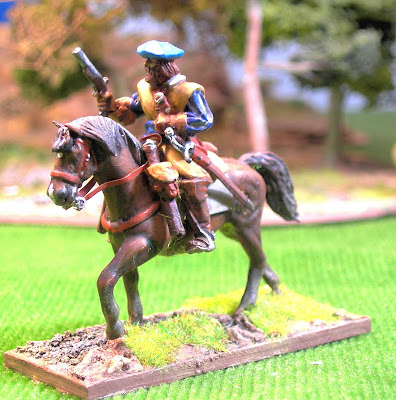 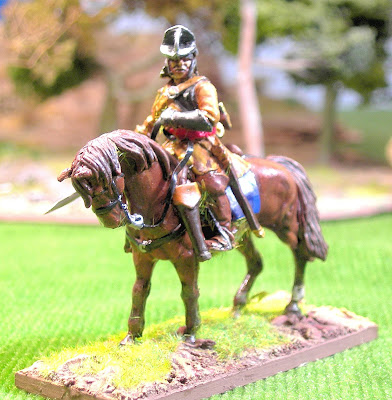 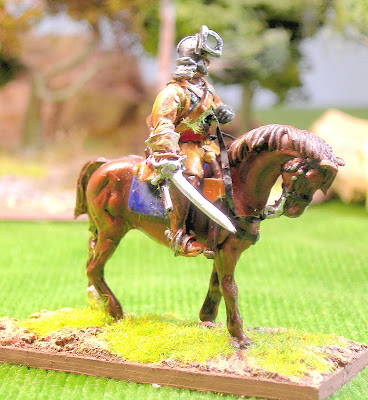 More mixed marriages these and I'm pretty chuffed at how they turned out. Both figures are Sash and Saber on Drabant horses- the Drabant figs will go on S and S horses to see how that looks- they end up in units with these chaps- The Scots Officer in the Blue bonnet will lead a bunch of 1650s Moss Troopers and the Roundhead Corporal of Horse will be part of John Lamerts New Model regiment. I already have bits and pieces of New Model and Scots in 40mm so it seemed approopriate to expand 'em and anyhow I liked building these slightly individual and close to unique figures. Several more are on the go so I'm not as far away from actual units as I was. I just need to not get distracted by other stuff- Fiw Marlburians or whatever sometimes its the creation of the figures that is more interesting than the "mere gaming"
Posted by Big Andy at 09:35 3 comments: