Catching up on my reading 7 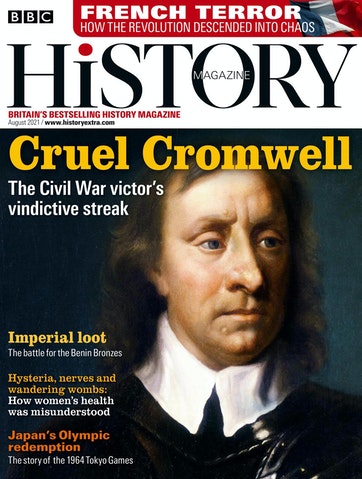 Last Christmas my wife Carole bought be a subscription to the BBC History magazine. I'd bought the mag of and on from newstands for several months before and found it always interesting and occasionally fascinating. Now the is not a Military History mag but rather general History and frankly all the better for that. Let's face it quite a number of the wargaming fraternity have a pretty narrow view of History - just like much of the general population only more so - therefore getting a more rounded view of the past cannot be but a Good Thing  (Sellar and Yeatman take note !) I may not always agree with the writers but they make you think which again must be accounted a Good Thing. The precise worth of individual copies will depend upon individual tastes but in the above issue alone we have mention of - Old Noll as you can see, but also Mary Wollstonecraft, The Tokyo Olympics- 1964- and Slime mould to mention only four highlights in a magazine that is full of both longish readable articles and fascinating little snippets. Past issues have included pieces on the Battle of Thermopylae, the Peasants revolt and the Sikh War.

All issues also have a plethora of book reviews and notices of historical events and event of interest to  the historically minded.  Never had a totally duff issue yet... wish the same could be said for wargames mags.