More Shiny men and an experiment. 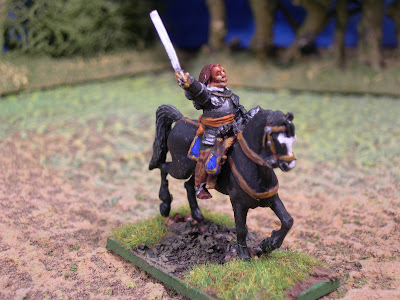 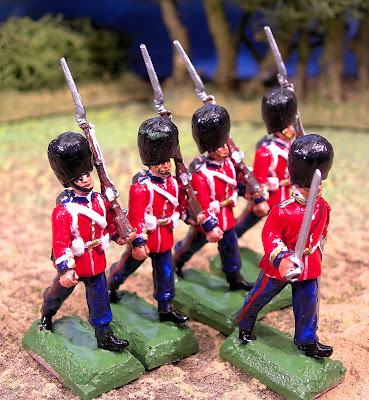 Here are a couple more pics of my 40mm 1880s British - very Wellian . The not quite finishes officer in foreign service helmet is the first in that headgear and well you just have to have some Guardsmen don't you? After all look at all those little margin drawing in Little Wars.
Teh ECW Parliamentarian General represents Sir William Balfour and will - along with his Cuirassier troops be added to the Roundhead army after ernest entreaties by their Commanders after the Battle of Theakstons Folly. He's an Old Glory Cromwell figure - baton removed and Sword added but put upon a JACDAW horse. The rest of his troops will also be on jacdaw horses. I don't do this kind of stuff very often as it doesn't always work but in this case the figures fit the horses well and don't fail stylistically as both have movement. As I'm rather pleased wit him he's at the top of the post.
Andy
Posted by Big Andy at 03:42