Recently Robbie Roddiss on his blog opined that it would be nice if the mags took more notice of "Ordinary" wargamers- point8 in his What do we want from a Wargames Mag post.
Frankly I couldn't agree more I know a good few chaps and groups  who without a shitpot of cash to throw at the job have produced some cracking games and have fine collections mostly or indeed entirely through their own efforts rather than just ordering it done and then taking the credit or being a commercial outfit and again just ordering it done and taking the credit.
Now my own postion is between two fires as it were but at various times I've done several of these "interviews"  and to be honest they can be a bit of a 2 edged sword if you are not careful.
Most recently I did one for an American website who couldn't get it out of his head that I wasn't a "Games Designer" and couldn't really understnad that the soldiers were not solely games markers for some Game I wished to promote... nuff siad.
I did 2 "Interviews" for MW under the previous Editor both were more commercial in nature- one looked at my casting process the other was a sort of History of OGUK but had a good bit of my personal Wargames vies in it
Further back in the 90s I did 2 distinct pieces for Military Iluustrated (a Mag that at its best beat the crap out of all the rest) One on "My Favourite Battle- I chose Edgehill- and another again on the Genesis of Old Glory .
The point here is that you have to be careful- it depends upon the questions. I remember being asked by a Yorkshire TV reporter why all the people at a show (Elvington I think) were male  this at the height of PC  My answer BTW was something about "Women mostly not being that intrested in Military History but  there was no possible objection if they were"-an answer I still stand by incidentally. 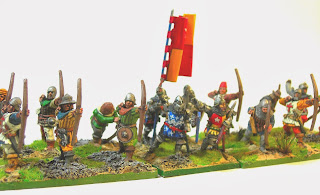 So if any  aspiring article wrier out ther wants to give such a thing a shot- you listening Robbie??
Here is my personal list of chaps  or clubs who fit the bill.
In no order and all of these lads are known to me personally all are Friends so this list is entirely personal
The"Like A stonewall" group based around Mansfield in Notts- a great bunch of chaps I've known for the best part of 20 years. They put on cracking show games in all sorts of periods often with several thousand figures on the table- see their old games on the Articles and "Hot lead Action" buttonsd on the OGUK website.
Dave Huntley- the Northumbrian Wargamer- see his blog. I've known Dacve for years and hes has some cracking gear and plays and runs some good games- see his French Rev. collection on this blog as well as all the multitude of stuff on his own.
My mate Kelvin Pickup  He has a huge  Waterloo set up- best opart of 20,000 28mm figures and raises a lot on money for various charities .
Peter Bradford and his group - Their Gettysburg game is great to play and thier Jousting game won Best Participation at Donnington.
and of course Robbie ans the Independent Wargames group. Gawd know how many toys Robbie John and Colin have between them... I think they need to put themselves about a bit more... 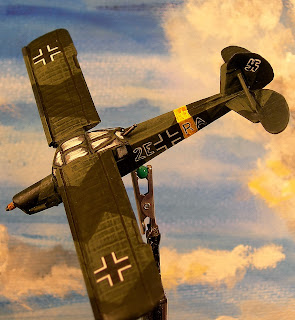 All of these chaps nad groups have one thing in common. They do their thing simply  because thet like it. None of themm have a commercial axe to grind or product to push and are not in the habit of brown- nosing either.