Further to my previous post here are a couple of pics of some of the ECW units I was adding for the "Bridge called Crapridden" game now not to be played at the Durham Show. First more Roundhaed Artillery 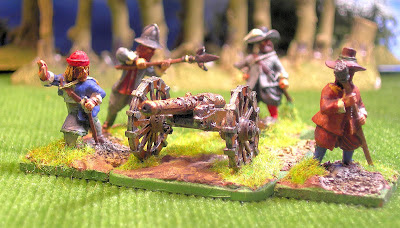 and now some Royalist Cavalry -to be precise the Earl of Northamptons Regiment. 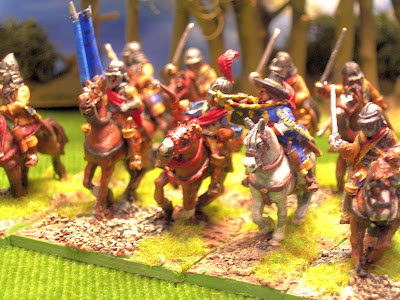 All the figures are Old Glory 25mm - or 28 if you prefer- though some of the cavalry are actually from the Eastern Rennaissence range and are sold as Imperialist Harquebusiers. Of course not all the horse on both sides wore English 3 barred pots. The Royalists especially had to import a fair bit of kit from abroard.
Posted by Big Andy at 04:06