No chaps not a Swedish General but rather to indicate that this post is a bit of a mixture, an assortment. I've been busy of late what with the arrival of a shipment and prep for Smioggy this coming Saturday. Nevertheless the odd soldier or two has been painted - and not all 15mm Moderns either though they have been taking centre stage recently. However in addition I've still kept bashing on with my various 40mm projects 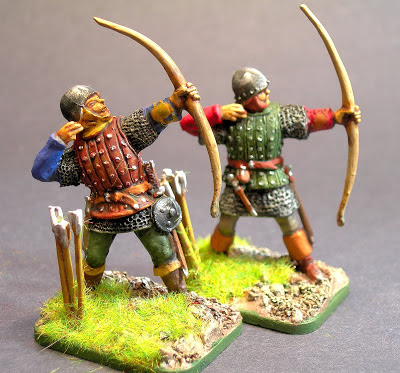 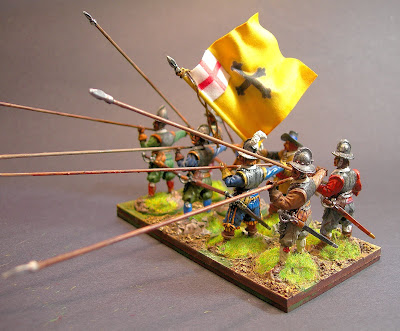 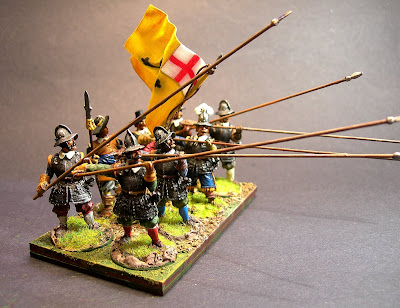 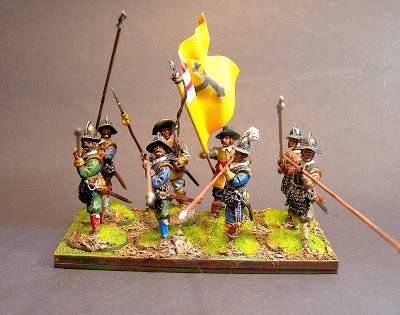 next up are 3 pics of some 40mm ECW/TYW pikemen. To be honest the standard- one of John the Flags superb flags is ECW but the pikement are set to be Spanish TYW- once I make the standard bearer. they aren't suitable for ECW as they are massivly over armoured. They just might pass as London trained band- who provided their own kit but never for Royalists orParliamentarians after mid 1643. But they look nice even though I say so myself. 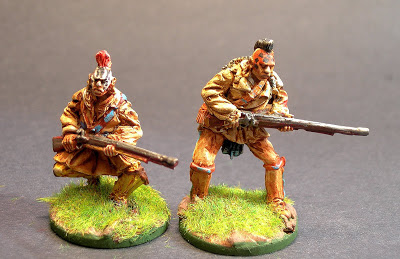 Next up a couple of HLBS40mm FIW figures- nice these and IMHO better than most HLBS offerings. I've some of their ranges which frankly are pretty poor with badly hanging coats and short muskets but these are rather niceand fit in well with my small FIW collection. 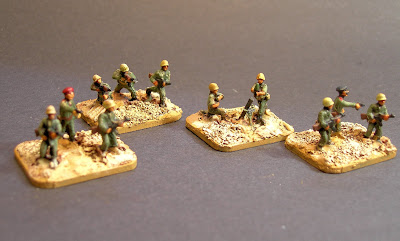 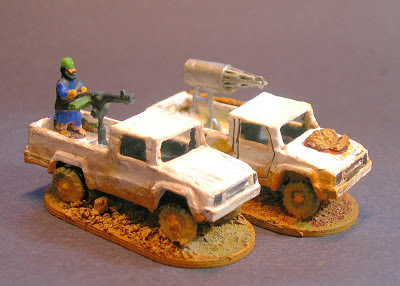 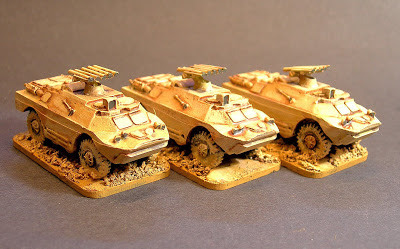 Finally 3 15mm pictures. All for my


Not the second Gulf War at all -even slightly

project the first being group of regular infantry weapons team- RPG and mortars next a couple of pick up truck for the fedayeen then finally some BDRM with Spandrel AT missiles- how long these will last against Challenger is anyopnes gues as long as its less than 10 seconds.. So there we go a right collection just what you'd expect from a bloke with a restless mind- still better than being boring ain't it.
Posted by Big Andy at 05:13