The appearance of a photo of Todd Fishers amazing Storming of the Tuiilieries  game in the most recent WI causwed me to dig out my one and only copy of the now defunct US magazine Historical Gamer with its article written by Jim Purky on that splendid game.
Now as I've said previously I was involved in that I built Paris.... well 36 square feet of it  for that game. Ian Weekly built the actual palace and 2 other chaps whose names escaped me until I re-read the article also supplies building and scenery for the game namely Duke Siefried who constructed the gardens and Herb Gundt who provided the posher bits of upper crust Paris that I didn't do . No my job was the festering slums of the Sans Cullottes and it was a far far better thing than I ever did - up to that point anyhow.
But rather tha go on  here is the picture that started this current trian of thought and following is the article from Historical Gamer

.
We knew how to wargame back in the old days !! 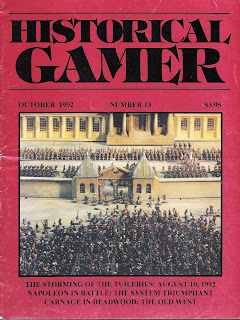 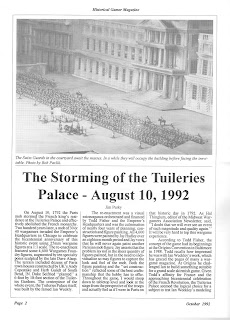 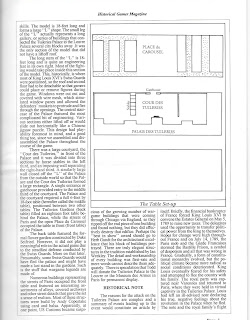 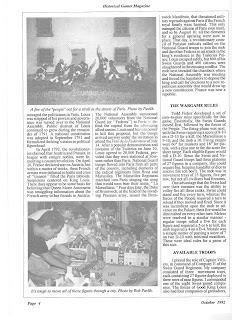 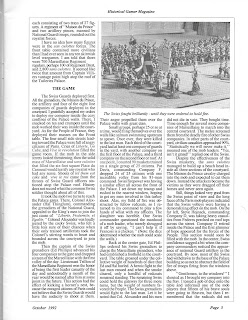 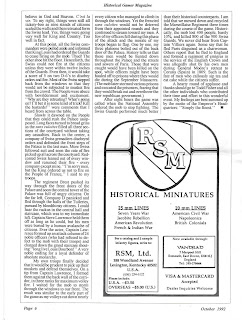 It is now over a quarter of a century since the game was played. Now as it happens I didn't play but I know cos I was there- with paint and glue all over my fingers.
Wouldn't have missed it.
Posted by Big Andy at 08:20