With the  (hopefully temporary) demise of the Durham Wargames Group Open Day - usually in June- the Tantobie Warfare and Tactical Society fancied doing a demo game at another local show. The obvious candidate was Battle ground in Stockton on November 26th  so having secured a table we will be there.

No I'm not wearing my traders hat this is a gaming gig.

so NO Old Glory UK WILL NOT be there.

This is a gaming gig, so we are doing a demo game.

Mechanical Shaun and Andrew the Tekkie are jointly in the chair. This means Tanks and other stuff with wheels and big guns. 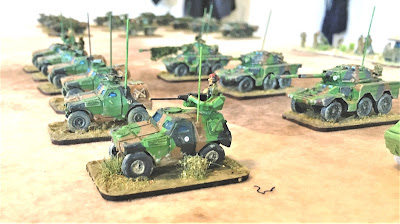 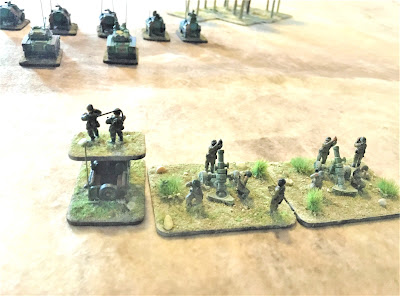 Shaun has a very tasty collection of models for what might be termed 'Modern African Wars' based around the French adventures in Chad and similar places a long way from anywhere. So expect to see such French weirdness as Parachute Hussars (in tanks) and Marine Artillery (bearing in mind Chad is landlocked) as well as the Foreign Legion. What the opposition will be is still a mystery (at least to me)  but it is odds on that there will be some T-55 s about and  assorted Toyota landcrusiers with guns and unfriendly irregular gentlemen hanging off them.

So looking forward to a fun day.