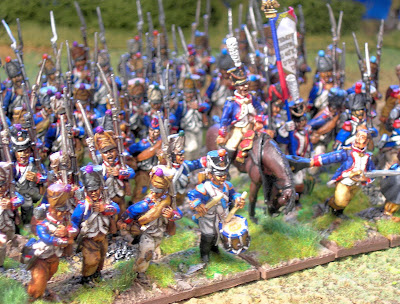 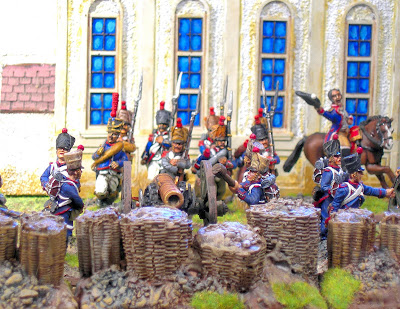 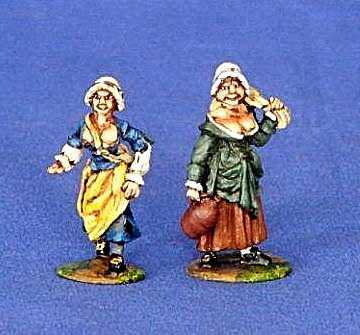 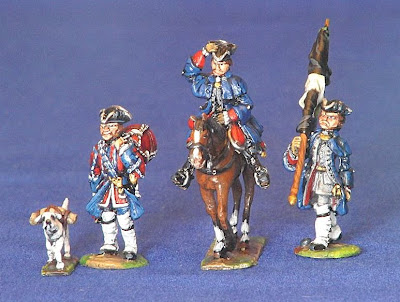 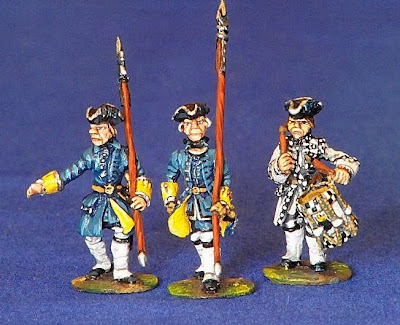 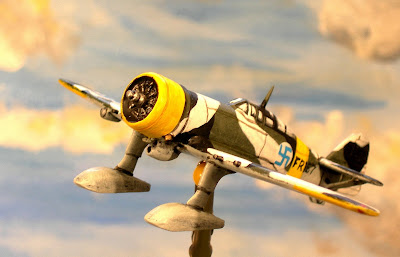 Had a busy few weeks here at OGUK. What with bundles of new kit coming out left and right. More on the way too. Finally managed to get a few more JACDAW 30mm out French Grendiers- Charging Black Watch and more French Guards.
Biggest release from the UK is on the aircraft front though where we have a total of 7 new planes either out or iminent- all WW2 The picture is of a Fokker- no honest - in Finnish Service with skis to land on frozen lakes. We now have about 50 model aircraft and what started as a small project has grown a bit.
The 18th century pics are of course all JACDAW. These examples painted by sculptor David Wilson . This range also continues to grow albeit more slowly than the aircraft but there are now around 40 packs all told French ,British and a few Austrians with more to come.
As you know I'm quite taken with the Bluemoon 15mm Marlburians- well got my eyes on the ACW range last week and they are every bit as good - perhaps better. Now there is no way I'm doing ACW in 15mm go too many 40mm for that but these are very nice indeed so I'll be having a couple of display units painted for the shows and photgraphs.
For now though its back to painting 40mm Napoleonics - I need to have more French done by mid June for thre Durham show . These appear firsat as I almost always forget that you upload picture ares about face as Grandad Albert would have said- he was the one who rode in the TT in the 1930s so family legend has it . Certainly he was a great motor bike fiend so heres to the King of the mountain... Non TT fans might not get that but I always make a point of watching the TT races if I can .
Andy
Posted by Big Andy at 03:13