Up the Frontier and"figure Fascists" 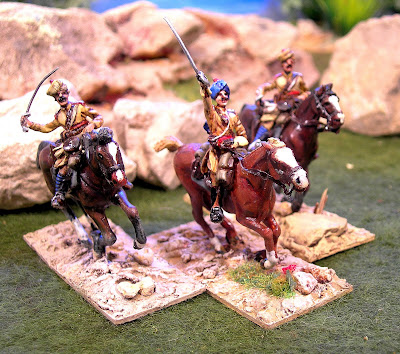 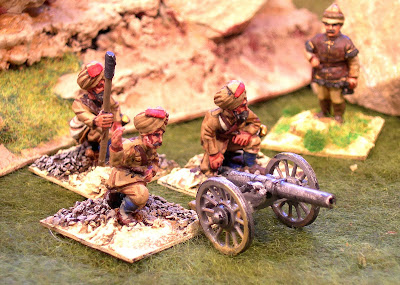 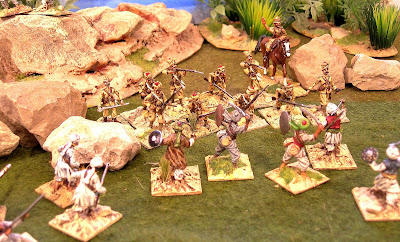 So there I was having a little tidy up - as you do- and Lo and behold out pops this golden box once containing cosmetics, now holding some of my venerable North West Frontier collection and incidentally containing the only Foundry figures I have left in my personal collection- the mountain gun crew- though the gun is an Old Glory piece. The rst are a mix of Willie and Stadden with the odd Connoiseur figure . These all mix pretty well with the Old Glory Bengal Lancers, Mountain Battery Mules and British Infantry I have its just that they have not fought for some years- The OG Bengal lancers need reconditioning after several years "on the road" as part of the display case collection. The whole period of course screams to be gamed but it isn't easyand while I've done it in the past of late it has fallen out of favour. Nevertheless I thinks it may be time to look again and get my Kipling out not just the Frontier but the whole subcontinent.
What caught my eye here was asusuall the movement of the figures and how despite the "figure fascists" they all fit together well becasue of the paint job . Now I don't claim to be the greatest painter about but despite the eyesight I can do a bitand its a matter of using the colours and the figure to create what you want. Not as the "system freaks" have it simply layering on painting by numbers style to create anothert clone. Now don't misunderstand here- paint any way you want after all they are your toys but be aware that there are other methods than the "recieved wisdom " of the "use this paint this way" brigade.
Again I don't blame the designers for figure fascism but rather chapsc who know no better and would if they could reduce us all to gaming with simlar clones of each other. Its odd to me that so many of todays figures are difficult to tell apart from the magazine adverts. However that as they say is for them.
As for the Frontier its tailor made for chaps who like me prefer Umpire controlled games and the scope for an evil minded umpire is enormous- assuming of course that he knows the period. Now I'll need to revise as its been a while but British India is probably the largest section of my not inconsiderable library (if you don't have the info how the hell can you game the period) not just the Frontier but Clive, Coote, Wellington Roberts etc etc all did a turn there so I will perhaps ressurrect these forces too - More tidying up Iknow I have a box of partly painted mutiny sepaoys somewhere.!!1
Posted by Big Andy at 04:42