I often wonder as I sit idly contemplating the universe how our hobby has changed in the 40 or so years I've been doing it.
The OFW lobby will tell you that it was far far better in 1972 when - other than airfix- soldiers were rare and expensive things. I could buy a BOX of airfix for the price of 1 metal casting back in those days  but that doesn't tell you how much blood and skin I lost making thiose Afghans out of Arabs or those Indian Lancers out of US cavalry  or countless others I've forgotten.. Oh yes we had FUN - but we had wounds too I still bear a couple of scars from Stanley knives. The point here of course is that there was no other way open to me or the chaps I knew at the time. We had pretty severe limitations upon what we knew and what was possible- even if our imaginations were not so limited . 1970s pocket money didn't stretch to Staddens. My metal troops- until 1977 or so  consisted of a few Hincliffe some Garrison and a couple of units of Les Higgins- all Napoleonic  Oh and 3 Stadden 30mm riflemen my Dad bought me - simply because he liked them.
Now it may have been far better in the 70s if you were well heeled- part of the Elite one of those who could AFFORD your Willies or Staddens or  even those 'orrible plastic Spencer Smiths which chaps seem to rave about but I never got the lust for (saw some in the 80s for the first time and immediately preferred Airfix.- even though by that time most of my plastics had gone the journey).
You do- or at least I do- wonder how much of the OFW stuff is actually merely elitism rearing its ugly  and often supecilious head . 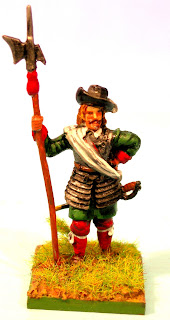 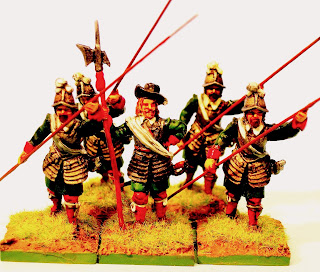 Fie upon it.
It shouldn't be like that now...  but of course it is- there are merely different elites with different sets of supecilious gits. each thinking they are better than somebody else. Needless to say its all Twaddle - I'd go further and say its b""""""s.
However  many things are much better now than they were then and the only obvious limitation is the thickness of your wad of bunce . Or so it would seem, yet despite the foregoing I'd assert that perhaps one thing was better in "Ye Olden Tymes" and that would be the imagination of the average wargamer.
If you think about it why this should be so is pretty obvious we had less stuff to play with back then so we had to make it ourselves- and pretty crappy it was sometimes. When I think of some of the truly shyte model I made in the past my artists soul whithers ... but I digress. There has  possibly been a price to pay  for the  current Cornucopia and as ever its an unintended consequence- Joe Wargamer has, at least in part become a lazy git.
Hold on there chaps... ..  put down the torches and pitchforks and think about it- I didn't say it was all bad. For a start but the mass of stuff we have to enlighten our hobby  hours have made some of us intellectually lazy  all of the time or perhaps all of us intellectually lazy some of the time. Think of the HUGE number of different rulesets out there- no need to do your own thinking anymore merely follow the  instruction book- likewise with idiot books... sorry army lists no brain cells required. Painting schemes- follow the 3 colur method  no need to actually know anything - just painting by numbers (  I  had an aunt who always bought me a painting by numbers set when I was a kid... never finished "Monarch of the Glen " yet bored me witless - used the paints for figures instead)
Now I'm not suggesting for a minute that we go back to entirely homegrown rules I'm merely pondering as it were the consequences of our embarrassment of riches  "Did we get tired or did we just get lazy " to paraphrase the Eagles. Lazy thinks I no contest.
It seems to me that many "games"  ( perhaps a better title than rule sets for some of the  supposedly self contain corporate wallet catchers out there) are simply convenienve first. Though whose is a matter for conjecture...
DBA was the first of these "convenince games" to hit my conciousness a 2 foot square playing area and tiny armies no braincells required. Ther are now others Saga seems to be flavour of the month- a massivly overpriced Dark Age skirmish game where- so I'm told - each  tiny force has its own dice set and measuring sticks which -more fool you-  you are suposed to buy... apparently chaps do  agsain on a tiny table space. Now there is a place for such convenience games just as there is a place for convenience food but you wouldn't want to live off it.. From what little I've seen its much the same with "Muskets and Tomahawks- which purports to be French and Indian war. Now to me both of these give a misleading idea of how combats in their chosen eras were conducted- the "Battle for Convenience " rather than for Canada. Yet they appear to be popular judging by the amount of FIW stuff I shift- and once again merely because they are not to my taste has nothing to do with it- I merely observe and sometime take the p***.
Nevertheless it does seem that these games and others are helping toimpose limitations on the minds of their
exponents so which came first.. the lazy git or the lazy gits game....
Posted by Big Andy at 07:09