More Modern Forces for the game at Durham

This year- at the Durham Open Day  on Saturday 8th. The Gentlemen of the Tantobie Warfare and Tactical Society are demonstating a modern game set "Not at all in the Iraq War of 2003". This game will chronicle the further adventures of 69 Commando Royal Marines Battle Group in their efforts to subdue the forces of the "Great Leader" .
For those readers who miised the first instalment see "Battle of Algebra"  last december on this blog..
Despite the spanking recieved by the Harraqui forces in the last engagement  they have called up significant re-enforcements for this second action .
Not only that but they have the dubious assistance of the "72 Virgins Martys Brigade"  whose only wish it seems is to die fighting the Infidel.
Acorporal of 69 Cdo on hearing this was heard to opine-"Happy to oblige , No problem" 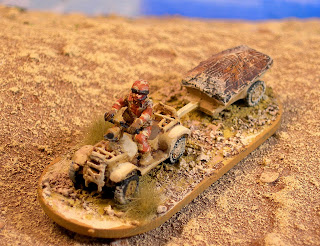 This pic shows the soon to be released British Quad Bike and trailer.


The game will of course be in 15mm and most of the Vehicles and all of the troops are either Old Glory
orFireforce15 products - all aviaable from me. 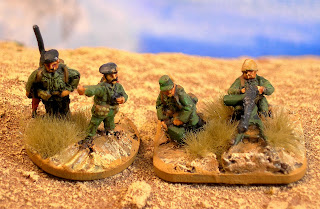 the second pic shows more new stuff- these from an up and coming pack of Command and HMGs  for Middle Eastern Forces.

Rules will be "Combined Arms" with a few local ammendments to reflect the scenario and as usual the game will be Umpire Controlled- that would be me.. 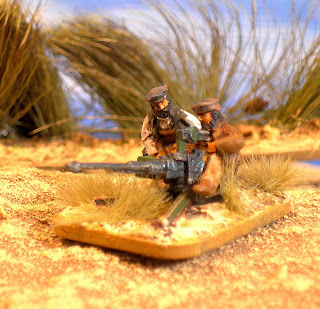 the 3rd pic shows a 14.5mm AAMG of the 72 Virgins Martyrs Brigade- will this be enough to put off the Apaches??


A good time should be had by all . Hope to see some of you at the Vane Tempest  in Durhamm City on Saturday . Oh and the Queens Head is a cracking boozer too.
Posted by Big Andy at 06:48