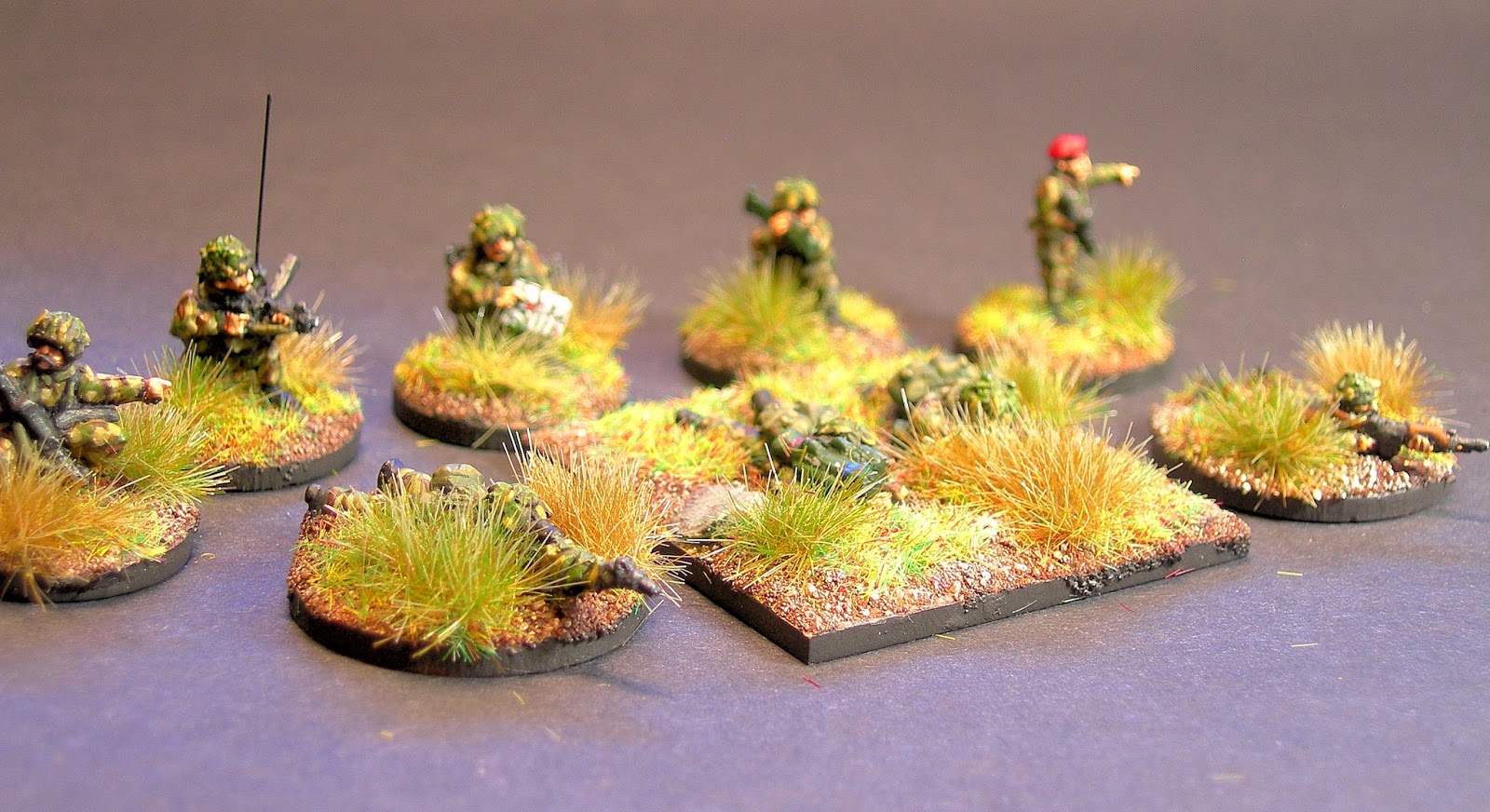 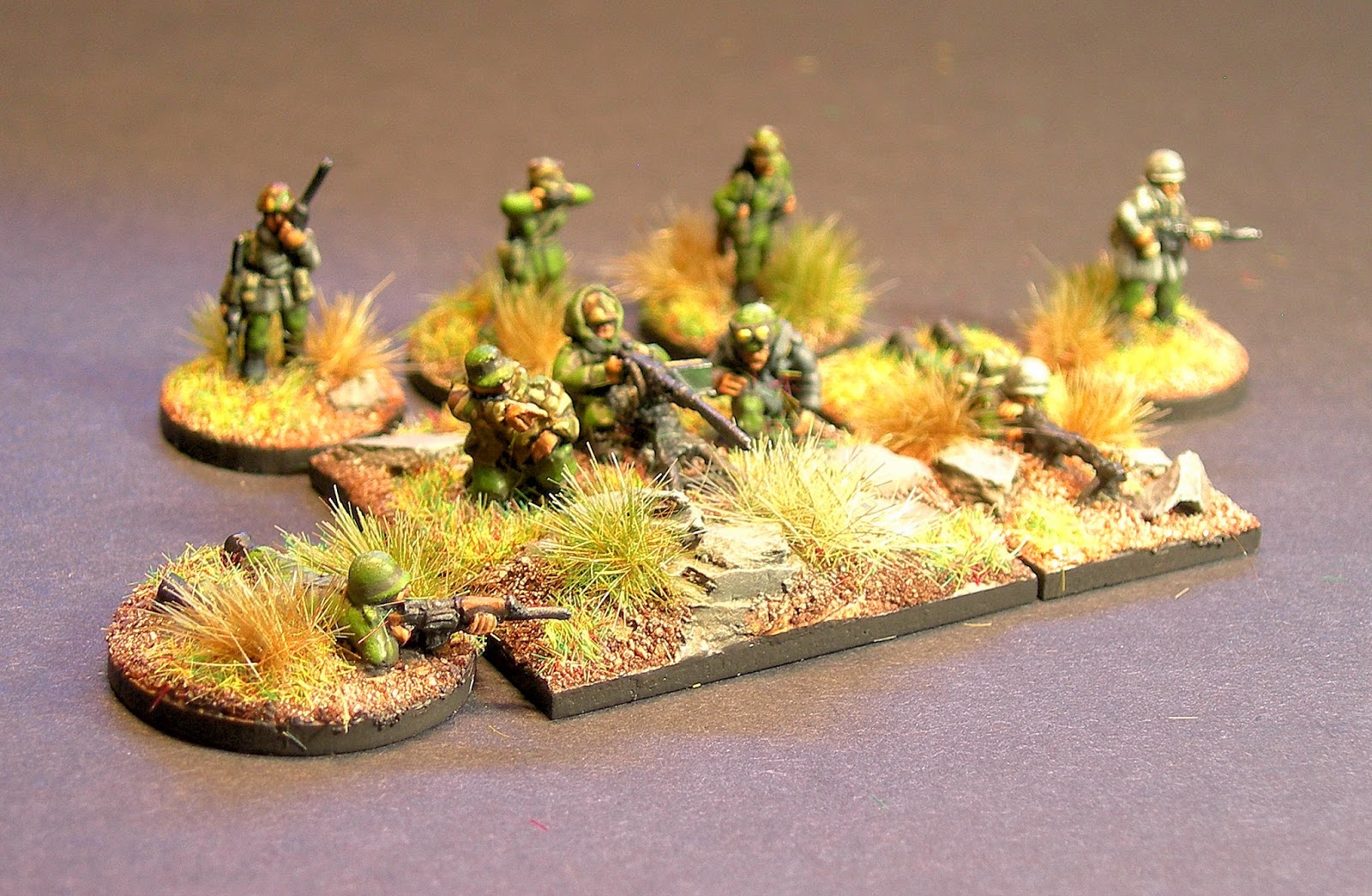 We've corrected a coupler of earlier errors and added a new alternative  Command set for the Brits  including the Army's most terryifying weapon- an Officer with a map !
Both sides now have 81mm Mortars and the Argentinians have a 50cal and crew- the Britis Milan 1
So far the range consists of 37 different figures.
Posted by Big Andy at 05:16